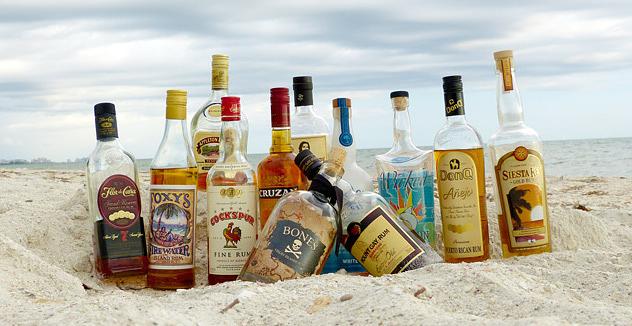 “ Why is the rum always gone?” Jack Sparrow


Have you ever heard about Vitamin R? We are talking about Ron (Rum), the “Vitamin R” of Dominican Republic, as well as being the flagship product of the world economy, is a nectar that has more than a declination as a national Dominican product.


Rum is the quintessential tropical drink and that’s why one of the best rum products actually comes from Dominican Republic, the heart of the Caribbean world. Rum is one part of the soul of the Caribbean and it encapsulates the flavor of its origins: the intense fragrance of a faraway land where you could find the primordial beauty of the forests, nature and the sea that in the past was the home of pirates.


Originally the rum was a product made by the processing of sugar cane and obtained by distilling molasses, that is the reminder of the sugary sauce.
The history of rum, in fact, is much older: a similar drink made from the fermentation of sugar was already known by the populations of India and China. Marco Polo in his Milione tells that some populations of Persia offered him a “wine” delicious obtained directly from sugar. The first rum was distilled in America in the seventeenth century in a Caribbean plantation. The slaves who worked the plantations realized that molasses, a derivative of sugar cane if left to ferment had a good flavor and a high alcohol level. Since that time, more and more refined and complex manufacturing processes have created an exquisite nectar famous all over the world.

The name rum seems to come from the abbreviation of “saccharum” (sugar), a name that was given by the first distillers, the monks.

Several films and famous books, one of all the Island of the Treasure Stevenson, helped to create rum fame of being the favorite drink of the pirates of the Caribbean.Rum and Pirates belong together and this beverage has famous associations with the Royal Navy and Piracy.

The Dominican Republic is famous all over the world for rum production and the most famous rum companies are Rum Barcelo’ and Rum Brugal. They produce more varieties of rum that possess a well-defined personality and particular characteristics. The longer the aging process, the more valuable is the absolute quality of the rum.

Nowadays the types of rum you can mostly find are: Ron Blanco (white), añejo (aged) and dark. In Dominican Republic, the majority of the cocktail is made with rum, for example, the famous Mojito, Santo Libre (the Dominican Cuba Libre with white rum), Piña Colada, Mai Tai and Coco Loco.

Picture yourself on a beautiful Caribbean beach sipping a cool and refreshing rum cocktail: don’t loose the opportunity and let’s have a taste of Dominican rum with Getaway DR!